There are over 5.5billion people in the world aged over 14. More than half of these have at least one mobile phone. We are now entering a time of a truly connected world.

The Evolution of Mobile

When the mobile phone was first produced, customers were amazed that it was even possible to transmit and receive a call without a physical wire attaching the telephone to the exchange.

Admittedly, the telephone was the size and weight of a small child – and about as easy to travel with too – but it could be taken outside and would make calls… as long as you were in the right part of the country and had no tall buildings around you.

As time progressed, the phones became smaller, and the coverage improved.  Users began to expect that a call would ‘work’.  They started to become frustrated when there was no signal outside.

Roll the clock forward, and in the last few years, we expect that our mobile phones will work pretty much across the country when we’re outside, and we have started to expect that we can make calls inside too.  Indeed, for years large companies with big campuses have been striking deals with mobile operators to ensure that mobiles work inside their buildings too. 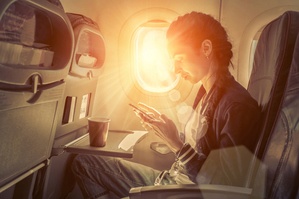 But as of summer 2018, a fundamental change is happening.  Now you’re starting to see widespread mobile usage in places we could only have dreamt about before.

The point is, we’re beginning to expect our phones to just work.  Period.

Would you rather lose your wallet or your mobile?

In this video, Smart Connected Building’s CEO, Paul Bingham, introduces the topic of mobile within buildings and gives some real-world usage scenarios where mobile coverage inside your building could really make the difference for tenants, staff, and visitors.

Perfect 4G signal across the four major providers?  It is possible, and what’s more your customers will expect it.

Find out more in-building mobile connectivity solutions, or to arrange a call to talk through improving connectivity in your building, get in touch.

No mobile signal within buildings! Problems experienced and solutions available

Have a BYOD Policy at Work? You’re Going to Need a Reliable Mobile Signal